Posted in Blogs
Author: admin  Published Date: 11/28/2021  Leave a Comment on The warning signs are there for genocide in Ethiopia – the world must act to prevent it 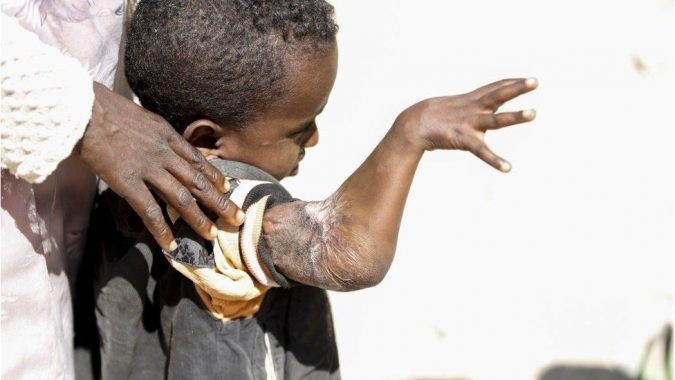 The warning signs are there for genocide in Ethiopia – the world must act to prevent it
Helen Clark, Michael Lapsley and David Alton
The country has been scarred by violence on all sides, but there may be much worse to come as Tigrayan civilians are targeted

Rarely before has the danger of genocide been so clearly signalled in advance than in Ethiopia.

No side to this conflict is angelic. All sides in Ethiopia’s conflict have committed violations. But only one side has committed violations on a scale and nature that could credibly qualify as genocide – and that, we regret to say, is the coalition of the Ethiopian government, under the prime minister, Abiy Ahmed; the Amhara regional government; and the state of Eritrea.

Twice in the past year, the world has stood by while this coalition has perpetrated international crimes against civilians of Tigrayan identity – including murder, rape, torture and starvation.

We may now be facing a third atrocity, even larger and bloodier than what has gone before: a possible mass killing of interned civilians in Addis Ababa and elsewhere.

In recent weeks the government has interned more than 30,000 ethnic Tigrayan civilians in Addis Ababa
First, figures in the Ethiopian government and their allies have promoted hate speech against Tigrayan people as an ethnic group. They have stoked violence in language that identifies all Tigrayans as enemies. This hate speech is escalating – Tigrayans have been referred to as “cancer”, “weeds”, “rats” and “terrorists”.

Second, the government has mobilised the instruments for mass atrocity, in the form of militias and vigilante groups, organised on an ethnic basis and with an ethnic agenda. It has armed them and granted them impunity.

Third, the government is eliminating any middle ground. It has silenced independent and critical voices. It has prevented media access to Tigray, closed down or censored independent national journalists, and intimidated foreign reporters and their local counterparts. Individuals who try to protect Tigrayans are also attacked. People who try to remain out of politics are condemned as “fence-sitters”.

Fifth, the international community is divided, confused and indecisive. The government has protectors at the UN security council. The African Union listened deferentially to the government’s denials and obfuscations. The main European powers have dithered. The US has toned down its condemnations, perhaps for fear of being diplomatically isolated. It also has conflicting priorities, including trying to facilitate humanitarian assistance and initiate negotiations for a ceasefire and political settlement – an agenda that can preclude calling out one party to the conflict for atrocity crimes or genocide.

In the 1990s, after mass atrocities in former Yugoslavia and Rwanda, there was renewed interest in the obligation to prevent genocide enshrined in the 1948 genocide convention. There have now been more than two decades of policy and institutional reforms on atrocities prevention and response. There has been a litany of mea culpas, of enjoinders to greater political will, and calls for “never again”.

There’s a brutal conflict in Ethiopia. My family there ask: why does no one hear us?
Magdalene Abraha
Read more
Crucial reports were written in the decades after Rwanda and the wars of Yugoslavia’s dissolution that shaped the debate and policy over the use of coercive measures in pursuit of peace, humanitarian action and the prevention of atrocities. At the United Nations, the African Union, international expert commissions, and under the leadership of powerful countries – reams of paper were dedicated to analysing the past and pledging to heed warning signs and prevent genocide.

Those reports all stressed that genocide is preventable – if the political will is there to act on warnings.

Today in Ethiopia, these warnings could not be more clear. The time to act is now – to call out what is happening and for the UN security council to use every measure at its disposal to give meaning to the cry of “never again” and prevent catastrophe.

Helen Clark is a former head of the UN Development Programme and former prime minister of New Zealand. Fr Michael Lapsley is president of Healing of Memories Global Network and founder of the Institute for Healing of Memories. David Alton is an independent crossbench life peer and campaigner on genocide