‘Practically this has been a genocide’

Hamdayet, Sudan — More evidence of sexual violence being used as a deliberate weapon of war is emerging from Ethiopia’s northern Tigray region, where an armed conflict has been raging for months.
Women are being gang-raped, drugged and held hostage, according to medical records and testimonies from survivors shared with CNN. In one case a woman’s vagina was stuffed with stones, nails and plastic, according to a video seen by CNN and testimony from one of the doctors who treated her.
CNN has spoken with nine doctors in Ethiopia and one in a Sudanese refugee camp who say they’ve seen an alarming increase in sexual assault and rape cases since Prime Minister Abiy Ahmed launched a military operation against leaders in Tigray, sending in national troops and fighters from the country’s Amhara region. Forces from neighboring Eritrea are participating in the military campaign on the side of Ethiopia’s government, as CNN has previously reported.
“He pushed me and said, ‘You Tigrayans have no history, you have no culture. I can do what I want to you and no one cares.’ Rape survivor in Hamdayet
According to the doctors, almost all the women they treat recount similar stories of being raped by Ethiopian and Eritrean soldiers. The women said the troops were on a self-proclaimed mission of retribution and were operating with near-total impunity in the region.
A CNN team in Hamdayet, a sleepy Sudanese town on the Ethiopian border where thousands of refugees from Tigray have gathered in recent months, spoke with several women who described being raped as they fled fighting.
“He pushed me and said, ‘You Tigrayans have no history, you have no culture. I can do what I want to you and no one cares,'” one woman said of her attacker. She told CNN she is now pregnant.
Many say they were raped by Amhara forces who told them they were intent on ethnically cleansing Tigray, a doctor working at the sprawling refugee camp in Hamdayet told CNN.
“The women that have been raped say that the things that they say to them when they were raping them is that they need to change their identity — to either Amharize them or at least leave their Tigrinya status … and that they’ve come there to cleanse them … to cleanse the blood line,” Dr. Tedros Tefera said.
“Practically this has been a genocide,” he added.
The flood of refugees has become a trickle since Ethiopian forces reinforced the border in recent days, worrying refugees who are still hoping to be reunited with family members.
The Ethiopian and Eritrean governments didn’t immediately respond to CNN’s request for comment on allegations that their forces are carrying out a coordinated campaign of sexual violence against women in Tigray. 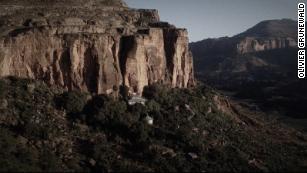 Massacre in the mountains
Thousands of civilians are believed to have been killed in the conflict. CNN has previously reported that soldiers from neighboring Eritrea have perpetrated extrajudicial killings, assaults and human rights abuses in the Tigray region. Separate investigations by CNN and Amnesty International in February revealed evidence of massacres carried out by Eritrean forces in Dengelat and Axum. Eritrea’s government has denied involvement in the atrocities.
The new reports of sexual violence come as US President Joe Biden dispatches Senator Chris Coons to meet with Abiy and convey US “concerns about the humanitarian crisis and human rights abuses in the Tigray region.” The State Department has previously called for an independent investigation into atrocities committed during the war.
Ethiopia’s government has severely restricted access to journalists until recently, making it challenging to verify survivors’ accounts. And an intermittent communications blackout during the fighting has effectively blocked the war from the world’s eyes. But in recent weeks, as foreign journalists have been allowed in, horrifying stories of rape and sexual violence are beginning to surface.
On Thursday, CNN affiliate Channel 4 News published a harrowing report into sexual violence against women in Tigray. The report included interviews from a safe house — the only one believed to be operating in Tigray for rape survivors — where around 40 women too traumatized to return to their families are receiving shelter and support.

“He pushed me and said, ‘You Tigrayans have no history, you have no culture. I can do what I want to you and no one cares.'”

One of survivors told Channel 4 News that she and five other women were gang-raped by 30 Eritrean soldiers who were joking and taking photos throughout the attack. She said she knew they were Eritrean troops because of their dialect and uniforms. She said she was able to return home only to be raped again. When she tried to escape, she recalled being captured, injected with a drug, tied to a rock, stripped, stabbed and raped by soldiers for 10 days.

Outside of the safe house, many more women and young girls are being treated in Ayder Referral Hospital, the main medical facility in the regional capital Mekelle. Most have been referred there by hospitals in rural areas that are not equipped to handle rape cases, Channel 4 News reported.
One doctor at the hospital told CNN that more than 200 women had been admitted for sexual violence in recent months, but many more cases have been reported in rural villages and centers for the internally displaced, with limited to no access to medical care.
The fighting in Tigray, which has included attacks on health care facilities, has severely restricted access to medical treatment, according to a report published Thursday by international medical humanitarian organization Medecins Sans Frontieres (MSF). Of the 106 medical facilities MSF visited in the region, barely one in 10 were still operating, and one in five had been or was occupied by armed soldiers. One facility was being used as an army base, MSF said.
Between a lack of access to medical services and stigma surrounding sexual violence, doctors CNN interviewed said they suspect the true number of rape cases is much higher than official reports.
On February 10, the state-appointed Ethiopian Human Rights Commission (EHRC) admitted that the war and associated dismantling of the regional administration in Tigray had “led to a rise in gender-based violence in the region.”
A month later, on March 4, the United Nation’s High Commissioner for Human Rights, Michelle Bachelet, demanded an “objective, independent assessment” of the situation on the ground in Tigray. 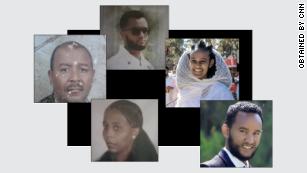 UN rights chief says war crimes may have been committed in Ethiopia after CNN reveals Tigray massacre
According to the UN statement, more than 136 cases of rape were reported in eastern region hospitals in Mekelle, Ayder, Adigrat and Wukro between December and January.
One coordinator at a gender-based violence crisis center in Tigray told CNN they used to hear of cases every few days or once a week. Since the conflict broke out, up to 22 women and girls seek treatment for rape every day, she said.
Demand for emergency contraception and testing for sexually transmitted infections have also surged in recent months. Many of the women who have been raped have contracted sexually transmitted diseases, including HIV, doctors told CNN.
One doctor said many of the women she treated were also physically abused, with broken bones and bruised body parts. She said the youngest girl she treated was 8 years old, while the oldest was 60.
The doctor said that many women who come forward share stories of others who haven’t — mothers, sisters, friends and other acquaintances.
Facebook
Twitter
Pinterest
LinkedIn