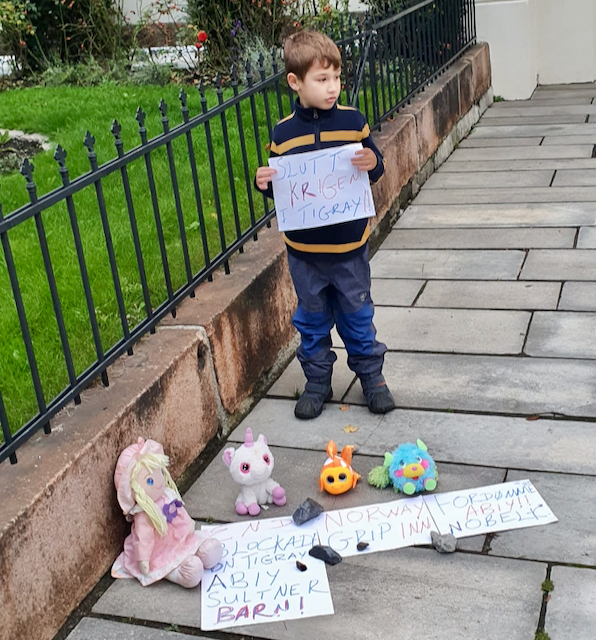 A campaign in Oslo that began on Tuesday is growing every day. On Friday the Nobel committee is due to award its prestigious Peace Prize once again. The protest calls for this not to happen.

The UN estimates that some 5.2 million people are facing starvation and 400,000 are in “famine-like conditions” according to the UN.[1] Children are dying every day.

“Abiy has two objectives in Tigray. The first is to starve the population either into subjugation or out of existence. The second is to do that without attracting the global opprobrium that would still, even in today’s fractured geopolitical environment, arise from deliberately causing a massive famine taking millions of lives.”