Posted in Blogs
Author: admin  Published Date: 03/30/2021  Leave a Comment on In Sudan’s sweltering camps, refugees from Tigray dream of independence from Ethiopia 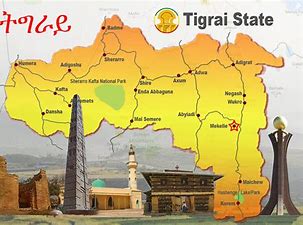 In Sudan’s sweltering camps, refugees from Tigray dream of independence from Ethiopia

UM RAKUBA CAMP, Sudan — The home-brew she served tasted sour and wrong, lacking the right ingredients from home. It provided her a meager livelihood in this refugee camp, but it was a reminder to her and her customers of a land they might never see again.

“Tigray is my world, and I feel that I have lost my world,” said Negusti Woldeselassie, 40, who fled to Sudan from Ethiopia’s Tigray region, where a ruthless war has pitted Ethiopia’s former political leaders, accused of amassing military might while favoring their own ethnic group for decades, against a new government.

Nearly 70,000 Tigrayans like Negusti now live in bleak refugee camps on the edge of the Sudanese desert. They have told their harrowing stories to human rights groups and diplomats who have recorded them as evidence of crimes against humanity and even ethnic cleansing allegedly perpetrated by Ethiopian troops, their Eritrean backers and ethnic militias.

Despite the Ethiopian government’s claim that the military operation in Tigray ended in November, reports of ongoing massacres, mass rapes, looting of hospitals, large-scale destruction of property and starvation as a tool of war continue to emerge. The steady stream of horror stories, arriving in the camp by text or on television, has hardened the belief of many here that only two options remain for them: scrape by on humanitarian aid or return to Tigray to fight for its independence.

“How can we live without being able to pray in our own churches? Are all Tigrayan people supposed to leave Tigray forever?” Negusti said, trembling and searching the forlorn faces of customers who had come in the morning to drink the day away. “We will win. We will have our own country.”

The Ethiopian government denies the most serious allegations of crimes, but on Tuesday, Prime Minister Abiy Ahmed acknowledged the presence of Eritrean soldiers in Tigray, who stand accused of some of the most egregious atrocities. On Friday morning, Abiy announced that Eritrea had agreed to withdraw its troops from Ethiopia.

Ethiopia has allowed only a few diplomats, aid officials and journalists into Tigray, where their movement has been curtailed. On Thursday, the Ethiopian Human Rights Commission announced that it would spend three months investigating allegations of atrocities with the U.N.’s human rights body.

A refugee paints an Orthodox cross atop a new church in the Um Rakuba refugee camp. (Max Bearak/The Washington Post)

Five months into the war, the refugees’ hopes for return are formed through whatever information they can get out of contacts still fighting among militias associated with the TPLF. The only other news is filtered through the highly partisan Tigrayan media, which often runs unverified reports alternating between battle victories and massacres of civilians.

Those infrequent and often coded phone conversations and messages have convinced many here of a reality that independent analysts say is unlikely to be true: that Tigrayan forces have been routing Ethiopia and Eritrea’s combined armies and are on a path to victory.

“My husband is still fighting. I am sure he is somewhere right now, about to pounce on the enemy,” said Freweyni Mekonnen, who fled with her five children and occasionally receives snippets of news from Tigray by text message.

In November, as she was fleeing, Freweyni said, a group of Ethiopian soldiers stopped her and asked the gender of the child in her arms. Only because the child was a girl did they let her go. Boys were being taken away from others fleeing, she said.

Billene Seyoum, an Ethiopian government spokeswoman, said individual allegations were hard to verify and referred to a statement made by Abiy on Tuesday in which he pledged to carry out investigations of military misconduct.

Freweyni said she didn’t want an investigation, but revenge and a clean break from Ethiopia. Her bitterness was directed toward two men in particular, Abiy and Isaias.

“When will I be back in Tigray? If there is a God, when Abiy and Isaias are dead, that’s when. I will go back to my home in an independent Tigray even if it is a pile of rubble,” she said.

Billene said Tigrayans would be welcomed back into Ethiopia and that “temporary shelters and camps have been readied for months to receive those that fled until they are resettled.”

The Ethiopian government claims it has killed or captured dozens of prominent TPLF leaders and lays the blame for the war squarely at their feet. On Nov. 4, Abiy ordered troops into Tigray after claiming that the TPLF attacked a federal army base. The sprawling conflict now stretches from Tigray’s border with Sudan across hundreds of miles of rugged, mountainous interior. The United Nations says nearly a million people in Tigray are still unreachable by aid organizations.

Earlier this month, a leaked recording of a meeting between diplomats and an Ethiopian general, Yohannes Gebremeskel Tesfamariam, was reported by Agence France-Presse in which the general speaks openly about the conflict in Tigray being a “dirty war” in which the immediate victims were the “defenseless.” It was the first instance of a military figure acknowledging that fighting is ongoing and causing civilian suffering. The Washington Post could not independently verify the authenticity of the recording.

On Wednesday, Doctors Without Borders released a statement asserting that three of its staff members saw Ethiopian troops kill at least four men traveling in public buses outside Mekelle, Tigray’s regional capital. In response to questions about the incident, Billene said allegations would be “looked into. The prime minister has made it clear in Parliament that accountability is key.”

Responding to concerns that spillover effects from the conflict in Tigray were bringing Ethiopia and Sudan to the brink of war after Amhara militias and Ethiopian troops recently clashed with the Sudanese military along the border, Abiy said Ethiopia did not want war.

International pressure has been mounting on Abiy. Earlier this month, U.S. Secretary of State Antony Blinken said he had seen “very credible reports of human rights abuses and atrocities that are ongoing” and that they may amount to ethnic cleansing. Ethiopia denied the allegation but said it was open to an independent investigation led by the African Union.

A general view of the Um Rakuba refugee camp, home to over 20,000 people. (Abdulmonam Eassa/Getty Images)

Thousands of Tigrayans have been transported by bus from western Tigray to the central city of Shire, and more than 1,000 continue to arrive daily, according to the United Nations’ humanitarian coordination office.

Western Tigray is where some of the fiercest fighting took place and is where many in the refugee camps hail from. The region has long been disputed between Tigrayans and Amhara, and last week the federal government announced plans to transfer it to Amhara administration. The Amhara takeover has displaced more than 140,000 people, according to the United Nations.

Tensions between Tigrayans and Amhara simmer in the refugee camp, too. About 90 Amhara families in the camp have to be housed near its police station for fear of attack, said the camp’s manager, Abdelbasit Abdelghaly, who works for Sudan’s government refugee agency. He said the Amhara who were displaced fled retaliatory attacks by Tigrayans, including a well-documented massacre that took place in the town of Mai Kadra.

Abdelghaly also worried that the upcoming rainy season, which often sees violent, windy storms in this part of Sudan, would result in the destruction of much of the flimsily built camp.

“One storm and half the structures are finished,” he said.

Tigrayans in the camp are torn between staying in such a precarious place and returning to what they fear is a bloodbath in their homeland. For the time being, people are setting up shops and even building churches with money sent by Tigrayans in the diaspora.

But no one wants to stay here forever.

“After this ethnic cleansing, we will have to be given our own country to speak our own language, have our own churches, dance our own dances. That country can only be in Tigray. It will be a country for the victims,” said Yohannes Gebrekidan, 58, a refugee who once fought alongside the TPLF in the 1980s when it struggled to overthrow the Marxist regime that preceded it in power. But he said he was too old now to fight.

“We will be the next Israel,” he pronounced to the sullen drinkers gathered in Negusti’s tent. They shook their heads, in neither agreement nor disagreement.